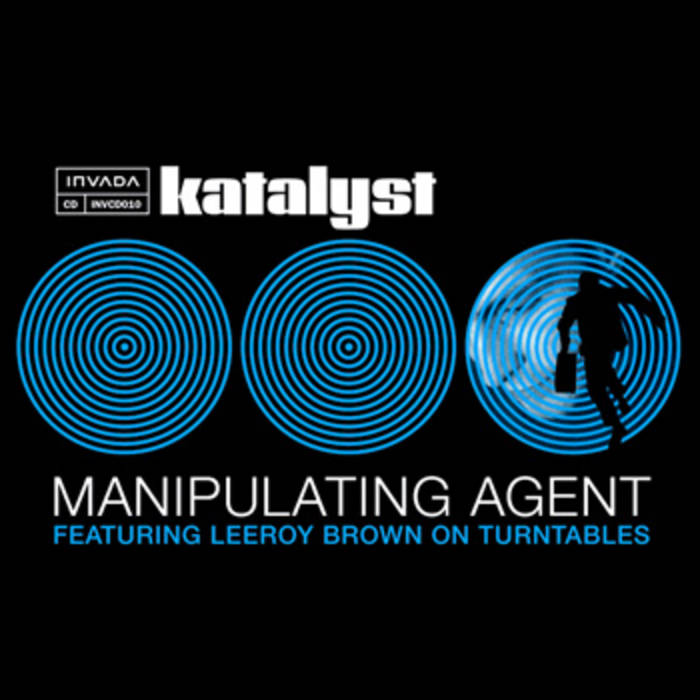 Written and produced by Katalyst with the additional production and engineering touches of Geoff Barrow and Fraser Stuart, the sound is unique - of a truly international flavour. Layered deep in the mix, you'll also find the live playing of guitarist Adrian Utley (Portishead), the Rhodes keyboard of Paul Johannessen (Upshot), and the world-class scratching of DJ Leeroy Brown, tearing it up on the turntables.

'Manipulating Agent' moves seamlessly through a mixture of laid-back beats, up-tempo dancefloor funk and brooding grooves. For proof of the diverse sounds the listener needs only to check out the skull-snapping breaks of "Showtime", the hazy guitar driven journey of "Time Bomb", the soulful organic sounds of "Race Against Time", and the straight up hip hop style of "Combustible/Special Delivery" with MC "Gift of Gab" of Blackalicious.

After the release of ‘Manipulating Agent’, Katalyst was nominated for an ARIA Award (Best Dance Artist), and also received four nominations in the 2002 Dance Music Awards, walking away with the two most coveted
awards on the night; Best Producer and Best Album. The album was featured as JJJ Album of the Week (07/06), with "Fusion" and "Showtime" added to high rotation. Manipulating Agent was also album of the week on 2SER, RTR, 4ZZZ, Three D, received high rotation on RRR and Nova 100.

Composed and produced by Katalyst. Engineered by Fraser Stuart AKA The Mad Scientist. Mixed at M2 Studios, except tracks 7 & 9 mixed at BJB Studios.